Is Retirement at 65 Obsolete?

We are living longer than ever before. But this is not the only factor that will change the future of retirement. With an aging population and a lack of people working in the labor market, there is a shortage of funds. This means that people will need to work longer, or find another way to make enough money to live on.

Introduction: The History of Retirement and Why it Means What it Does Today

Retirement is a term that has been around for a long time and it means different things to different people. It’s important to know the history of retirement because it can help us understand why we have the concept of retirement at 65.

In the past, retirement was not something that was thought about until someone reached a certain age. In fact, many people did not retire until they were in their 60s or older. Today, we have an idea of what retirement looks like and when you will be able to retire because of our society’s changing values and needs.

What is the Current State of Retirement?

There is a growing trend of people working longer before retirement as the retirement age increases. As the population ages, it is necessary to work longer to ensure that there are enough people in the labor force.

The economic reform has also contributed to this trend of people working longer before retirement. The reforms have made it difficult for companies and individuals to invest in stocks and other investment vehicles. This has led many people to continue working until they can no longer do so.

What Age is Ideal For People to Start Retiring?

It is important to note that the current average retirement age in Canada is 63. After all, the goal of retirement is to ensure that you are able to live comfortably for the rest of your life.

The Case for Retiring at 65

In the past, people were expected to retire at 65. This age was set by the Social Security Administration and has been in place since 1935. However, the retirement age has been steadily increasing ever since then. The average retirement age is now 66.

Many people are now questioning whether or not this age is obsolete and should be increased even more. There are many reasons for this, but one of the most significant ones is that life expectancy has also increased in recent years due to advances in medicine and technology.

Is the Concept of Retirement at 65 Obsolete?

With the aging population and the increasing life expectancy, retirement age is a hot topic.

The current retirement age in Canada is 65. But with the aging population and the increasing life expectancy, many are questioning whether this age is still appropriate. While some argue that people should be able to retire at any time, others say that it should be raised to 70 or 75 years old.

Even without all of the inflation coming our way in 2022, the Social Security system is self-destructing.

Is Retirement Actually A Good Thing?

The idea of retirement is a relatively new phenomenon. In the past, people often worked until they died. Nowadays, many people retire in their 60s or early 70s and live for many years after that.

The idea of retirement is a relatively new phenomenon. In the past, people often worked until they died. Nowadays, many people retire in their 60s or early 70s and live for many years after that.

In some instances, this can be good for your health; in others it can be bad for your health because you are not active enough to stay healthy. It all depends on the individual and what they want to do with their life afterwards.

What are the Red Flags that Indicate it’s Time to Retire?

Retirement is a big decision that most people don’t know when to make. It’s not about age, but about whether you’re ready for it. There are various signs that can tell you if you’re ready to retire, and how long you should wait.

The first sign is if your health has declined and it’s affecting your work performance. If this happens, it might be time to retire so that you can focus on the things in life that matter most to you. Another sign is if your company has changed its retirement policy and now requires employees to work until they are 65 years old before they can retire with full benefits. This might not be ideal for some people who want to retire sooner than they have to or who want the option of retiring earlier than 65 years old with reduced benefits.

The current social security system does not account for the fact that people are living longer. This lack of consideration is leading to a situation where the system will be unable to sustain itself in the future. The only way to fix this problem is by changing the social security system so that it can accommodate our increased lifespan.

The current social security system was created in 1935 and has not been updated since then. It was designed for a workforce where most people worked until they were 65 years old and retired at age 70. Now, many Americans work until they are 70 years old or older and retire at 75 or later. As a result, we are living longer than ever before, but our retirement funds are not keeping up with these changes because the government hasn’t adjusted the social security system accordingly.

How Does Automation Affect Retirement?

Automation has been a hot topic in the past few years. Even though it is not a new concept, it has become more relevant with the rise of artificial intelligence. There are many discussions about how automation will affect retirement age, social security and economic reform.

The discussion about retirement age is often in relation to the rise of artificial intelligence and how it will affect jobs. There are many studies that show that as AI becomes more advanced, there will be fewer jobs available for humans. This means that people will have to work until an older age or find other ways to make money like freelancing or starting their own business.

Some people believe that as AI takes over jobs, there will be less need for social security because people would be working until later ages and would have more income sources.

How Much Will We Need to Save for Retirement in the Future?

We need to save more money for our retirement. With the increase in life expectancy and age, we need to put more money away as we get older.

What Is the Future of Social Security and How Will it Impact Us as Individuals?

Social security is a system that provides retirement, disability and survivors benefits for workers.

With the reforms, the social security system will be able to provide benefits for future generations. The reforms will also make it possible for people to work longer and still receive benefits.

Conclusion: How To Prepare For The Coming Changes

The future of retirement is not much different from the present. Older people will still be in the workforce and the workforce will be more diverse.

The future of retirement means different things to different people. For some, it’s a time to relax and enjoy their golden years, while others are eager to continue working and making an impact on society.

While there is no clear answer for what the future of retirement looks like, we can make educated guesses based on current trends in demographics and technology. 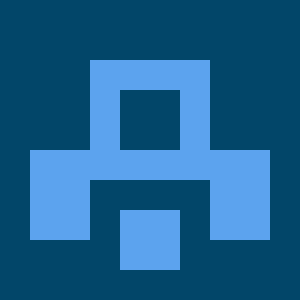 One thought on “Is Retirement at 65 Obsolete?”