The philosophy of Stoicism – Massimo Pigliucci

You’ve been stranded thousands of miles from home with no money or possessions. Such a predicament would make many people despair and curse their awful fate. But for Zeno of Cyprus, it became the foundation of his life’s work and legacy. The once wealthy merchant lost everything when he was shipwrecked in Athens around 300 BCE. With not much else to do, he wandered into a book shop, became intrigued by reading about Socrates, and proceeded to seek out and study with the city’s noted philosophers.

As Zeno began educating his own students, he originated the philosophy known as Stoicism, whose teachings of virtue, tolerance, and self-control have inspired generations of thinkers and leaders. The name Stoicism comes from the Stoa Poikile, the decorated public colonnade where Zeno and his disciples gathered for discussion. Today, we colloquially use the word stoic to mean someone who remains calm under pressure and avoids emotional extremes. But while this captures important aspects of Stoicism, the original philosophy was more than just an attitude. The Stoics believed that everything around us operates according to a web of cause and effect, resulting in a rational structure of the universe, which they called logos.

And while we may not always have control over the events affecting us, we can have control over how we approach things. Rather than imagining an ideal society, the Stoic tries to deal with the world as it is while pursuing self-improvement through four cardinal virtues: practical wisdom, the ability to navigate complex situations in a logical, informed, and calm manner; temperance, the exercise of self-restraint and moderation in all aspects of life; justice, treating others with fairness even when they have done wrong; and courage, not just in extraordinary circumstances, but facing daily challenges with clarity and integrity. As Seneca, one of the most famous Roman Stoics wrote, “Sometimes, even to live is an act of courage.” But while Stoicism focuses on personal improvement, it’s not a self-centered philosophy. At a time when Roman laws considered slaves as property, Seneca called for their humane treatment and stressed that we all share the same fundamental humanity.

Nor does Stoicism encourage passivity. The idea is that only people who have cultivated virtue and self-control in themselves can bring positive change in others.

One of the most famous Stoic writers was also one of Rome’s greatest emperors. Over the course of his 19-year reign, Stoicism gave Marcus Aurelius the resolve to lead the Empire through two major wars, while dealing with the loss of many of his children. Centuries later, Marcus’s journals would guide and comfort Nelson Mandela through his 27-year imprisonment during his struggle for racial equality in South Africa.

After his release and eventual victory, Mandela stressed peace and reconciliation, believing that while the injustices of the past couldn’t be changed, his people could confront them in the present and seek to build a better, more just future. Stoicism was an active school of philosophy for several centuries in Greece and Rome. As a formal institution, it faded away, but its influence has continued to this day.

Christian theologians, such as Thomas Aquinas, have admired and adopted its focus on the virtues, and there are parallels between Stoic Ataraxia, or tranquility of mind, and the Buddhist concept of Nirvana. One particularly influential Stoic was the philosopher Epictetus who wrote that suffering stems not from the events in our lives, but from our judgements about them.

This has resonated strongly with modern psychology and the self-help movement. For example, rational emotive behavioral therapy focuses on changing the self-defeating attitudes people form about their life circumstances. There’s also Viktor Frankl’s logotherapy. Informed by Frankl’s own time as a concentration camp prisoner, logotherapy is based on the Stoic principle that we can harness our will power to fill our lives with meaning, even in the bleakest situations..

Read More: Seneca – How To Manage Your Time (Stoicism) 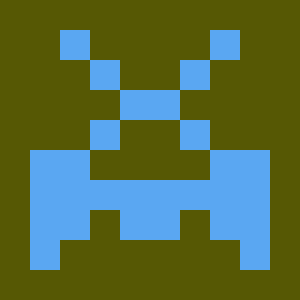